Recently, the release of an obscene 11-year-old audio recording sent the campaign of Republican presidential candidate Donald Trump into a tailspin. Over a “hot mic,” the former reality star was captured speaking to then-Access Hollywood host Billy Bush about making unsolicited advances on women.

“You know I’m automatically attracted to beautiful—I just start kissing them. It’s like a magnet. Just kiss. I don’t even wait,” Mr. Trump can be heard saying in one portion of the audio, among more explicit comments.

Trump issued a public apology for the remarks, which he has repeatedly dismissed as “locker room talk.” But the fallout of the recording was calamitous: the revoked support of 40 Republican senators and congressmen (with nearly 30 of them calling on him to quit the race altogether), and a surge in poll numbers for his rival, Hillary Clinton.

And Trump wasn’t the only casualty of the tape’s release: despite interviewer Billy Bush’s quick statement of contrition, Bush was brutalized on social media, including the Facebook page of the Today show, with whom he’d signed a contract earlier this summer. By Monday, NBC announced it had suspended Bush, and sources say he and NBC are working out the terms of his quick departure.

But this isn’t the first time an American politician has been laid low by a damaging recording: in 2012, Republican presidential candidate Mitt Romney was videotaped telling a small group of wealthy contributors his opponent’s supporters (47 percent of the electorate) were freeloaders who pay no taxes, don’t assume responsibility for their lives, and think government should take care of them. And in the mother of all presidential leaks, President Richard Nixon—facing impeachment in 1974 as a direct result of extensive audiotapes detailing his involvement in the Watergate scandal—became the first president to resign the office.

While the average American’s aspirations may fall short of the nation’s highest office, can secretly recorded conversations come back to haunt you? When nearly everyone you encounter carries a smartphone with audio and video recording capabilities, do your everyday exchanges carry the risk of personal or professional blowback? And if you’re the one making the recording, can you face charges for taping without all parties’ consent?

Audio recording and the law

Taping on the job

Secret recordings in the workplace have long been a tool for company whistleblowers. In 2014, Wall Street whistleblower Carmen Segarra secretly recorded 46 hours of private conversations with her fellow banking regulators, casting a light on the cozy relationship between the New York Federal Reserve and the banks it oversees. The revelations prompted major changes: the New York Fed soon saw its influence diminished, and a Washington, DC, panel led by Federal Reserve governor Daniel Tarullo now more closely regulates large banks.

Recordings are also used to proffer evidence of illegal or unethical workplace behavior. Earlier this year, an embattled South Carolina recreation director was given a leave of absence after a secret tape of him threatening staff emerged.

Secretly recording private meetings and performance reviews has also become a means for employees to document improper firings or workplace discrimination or retaliation. Such recordings are usually admissible in court or at an administrative proceeding if the evidence supports the recording’s authenticity and it’s of such clarity as to be intelligible and enlightening to a judge or jury.

The spy who divorced me

Secret audio recordings in the home also have the potential for legal conflict: be it with a spouse, a roommate, or a service provider, such as a building contractor or insurance salesperson. Before you record, consider that the same federal and state one- and two-person wiretapping consent laws apply to all audio recordings.

During her 2009 divorce, Catherine Zang learned that instead of enjoying the privacy of her home she’d spent months subject to a video camera that tracked her movements, a microphone in the wall that recorded sounds, and sophisticated computer technology that copied her emails and online conversations in an effort to bolster her husband’s case. In August 2016, an Ohio federal court placed the recordings at the center of a federal case about the use of surveillance technology and the right to privacy.

And earlier this year, a New York State court of appeals ruled that secretly recording a conversation — in this case, of a child being threatened with violence — is permissible, despite its apparent violation of the state’s one-party consent law. The recording of the child and his mother’s boyfriend was secretly made by the child’s father, who was not a party to the conversation. The court carved out an exception to the state’s wiretap laws in cases where a parent is acting in good faith to protect a child.

Audio taping can also provide evidence of an abusive spouse — or evidence of false charges of abuse. In such high-conflict situations, consulting an attorney about state law and your legal options will safeguard your exposure and your case.

When it comes to exercising your right to record run-ins with the local authorities, prepare to exercise transparency. In Massachusetts, a two-party consent state, numerous drivers have been prosecuted and fined under the state’s wiretapping law for not informing an officer that the interaction is being recorded during a traffic stop. Because state laws vary on the legality of secretly recording of an officer, it’s always best to err on the side of caution by announcing your intent to record the encounter.

Whether in the office, at home, or on the street, always bear in mind your state and federal wiretapping laws—and remember that when nearly everyone you interact with carries a potential “hot mic,” your own everyday exchanges demand a measure of prudence, even if you’re not planning to run for president someday.

Caring for a loved one with dementia 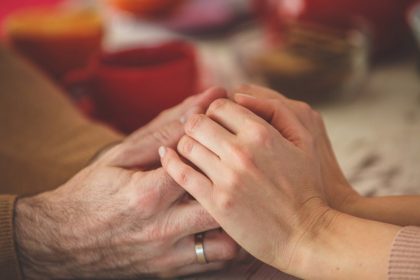 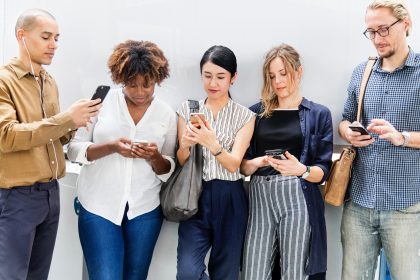 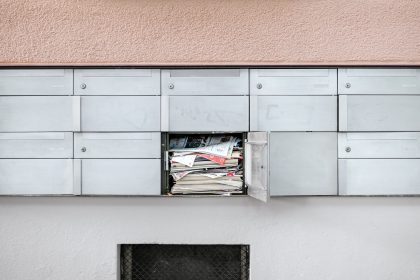 Paper Marketing Products to Give up for Digital Versions in 2019