For children, elevator rides are an adventure, but the adventure comes with some risks. Here’s how to keep them safe on their journey.

In April 2018, Ellen Rosenblum boarded a Manhattan elevator to visit her mother’s apartment and told her son Jacob to press the button for Grandma’s floor. The three-year-old did as instructed, and in the moment the elevator doors closed, slipped his fingers between them, the doors closing around his small hand.

“It was terrifying,” Rosenblum said. “He was screaming and I couldn’t pry the doors apart. When they finally opened, we raced to the emergency room to have him X-rayed, and his hand was unbroken but profoundly bruised. It took two weeks for the bruises to fade, and, a year later, elevators still make him anxious.”

The humble elevator: to parents, a convenience; to children, a thrill ride. With a panel of buttons to push and a whoosh to another destination, elevators are a kid’s everyday adventure. While relatively safe, reports of injuries suggest that while you may not need to use the stairs, you should at least take steps to safeguard your child before letting him or her ride.

According to the U.S. Consumer Product Safety Commission (CPSC) National Electronic Injury Surveillance System, an average of six people per year die in and around elevators—including one child under the age of ten each year.

But scores more are injured. In 2007, Indiana University pediatrician Joseph O’Neil, M.D., MPH, and colleagues reviewed CPSC elevator injury data from 98 hospital emergency rooms nationwide. The study found that nearly 2,000 children each year were injured in and around elevators, with the most common injuries occurring when the elevator doors closed on a body part, bruising, scraping or straining a finger, hand, arm, elbow or wrist. Beyond upper extremities, the head was the most commonly injured body part for kids aged four or younger.

While the majority of patients were treated and released from the hospitals’ emergency departments, two percent were hospitalized, predominately for head injuries or injury to a hand or finger. Some 26 percent of elevator injuries happened in 1- and 2-year-olds, the largest of any age group. Recently walking and becoming more independent, children that age may not yet know how to stay safe on elevators.

“Young children, especially younger than 5 years of age, often lack the strength, coordination, balance, and protective reflexes needed to avoid an elevator-related injury,” O’Neil’s team wrote in the study. The researchers also noted that children watching grown-ups blocking elevator doors may inspire imitation—and that parents should refrain from doing so.

Steps to take for a Safe Ride

In its Safe-T Ride program, fellows at the Elevator Escalator Safety Foundation urge parents and caregivers to follow and teach these rules:

It’s a lesson Ellen Rosenblum has taken to heart. “How many times does an adult hold the elevator door for someone, thinking nothing of it?” she asks. “But the door sensors are built for adults, and won’t always detect a child’s smaller body. So now Jacob and I have a routine: push the floor button, then arms at sides, like a soldier. It’s been a good practice for both of us.”

So next time you’re with a kid, think twice about holding that door, even if it seems like the polite thing to do. 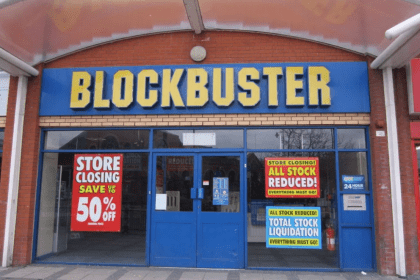 13 Everyday Things That Became Obsolete in the Last Decade