It would be enough, they said, enough for a positive identification, which was all they needed to arrest the man. They told her this with the confidence of those who make a career of reassuring people, and she heard their cocksure sentences snap from rigid jaws, the voices aimed at her face to observe and measure the tics of response.

He would be arrested, everyone agreed, but only the woman detective addressed the thing they were less sure of but that everyone wanted, and the victim heard no wobble of uncertainty beneath the detective’s syllables, no sentences hissing through the vise of a frown.

“Not only will he be arrested–he’ll go to jail. You don’t pick on the disabled.”

Murmurs of assent from nodding heads bobbed along the table. The woman detective compressed the victim’s hand.

“We’ll be there tomorrow,” she said. “Just go about your day as routinely as you would any other Tuesday. We’ll be watching. All he has to do is show up. And that will be the end of it.”

The hand squeezed again, and the victim detected the dense warmth of a wedding band. Her blank eyes fogged. She thought, that will be the end of it.

This is what she told them: he is Asian, and he rides a bicycle.

She told them his presence had been sporadic, inconsistent, and that for the first few months, she hadn’t connected the encounters with the man.

She chronicled the incidents, and these they had scratched into notebooks: a man who tossed coins into her guitar case and complimented her hat, another who heckled profanely. A man who grasped her elbow and offered to help her cross the street (she had refused), another who jostled her on the sidewalk and damned her clumsiness. Later, after his voice had grown familiar–when his random surety and the scent of latex and basil became signature of his nearness–the victim began to file police reports, and the investigators present had already perused these: pebbles tossed at her on a pier, her breast twice stroked as she stepped off the bus. These accounts had been typed and photocopied and sat neatly stapled in manila folders before each investigator.

“He rides a bicycle,” she told them. “A ten-speed with racing tires. The mornings he moved the flower pots in front of the screen door, he watched me from the street. He watched for a while and when I was finally able to open the door he rode away.”

There were three consecutive Thursdays of this, and of these she told them only what they need know. The rest lay between she and him. There were things no others need see.

There were fingers licking beneath the door, the chary propulsion of clay pots toward the street. There was a sigh, a turning, the treble clap of a sneaker sole on a pedal. There was the elevating pitch of gained speed, and its unhurried yowl of decline. There was a slump to the soil-damped porch, the concrete hoary beneath her slacks, the weight of his withdrawal a brick in her gut.

For two years he had been there, circling the periphery of her being, appearing and exiting with brashness, soft violence, tenderness. His entrances she had come to expect, to anticipate as readily as the lonesome click of the cane. It was his withdrawal that ravaged her–the corrosive uncertainty of what mood his next contact would manifest, and the escalating dread that each return signified the last.

She knew what he was. She understood that his love was displaced, pitiful, its displays criminal. She knew these things. And she listened longingly each day

for the alto vibration of rubber to asphalt, the breath of wind fanning through spokes, the angry squeal of brakes clenching aluminum.

“Remember,” the woman detective said, “just go about your daily routine today. Same schedule, same routes, nothing different from any other Tuesday.”

The victim traced fingertips over closed eyes. She said, “There are things worse than the dark.”

The neck of a guitar case rose above her head in exclamation.

She neared her usual corner, and from behind her–above the growl of buses and taxis and sidewalk conversation–grew the huff of skinny tires, the clack of forced pedals, an ungreased chain rasping on gears. An octave below these, she heard his lungs squeezing at thin October air.

Her cane tapped a solitary spot of sidewalk. Four pairs of shoes pummeled the curb. Two voices shouted directives at the man, and hands grappled against his clothes. A chain disengaged; pedals spun purposelessly. The darkness throbbed. The bicycle clattered into the street.

She approached the group, leaned in to touch a sinew-lined coat sleeve.

She said, I know this man.

This bed I’ve made

Can talking politics earn you a visit from the Secret Service? 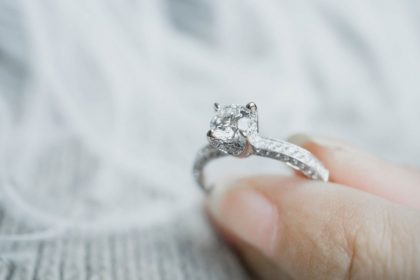