In October 2016, a jury stunned observers by acquitting armed antigovernment protesters, led by Ammon and Ryan Bundy, of federal conspiracy and weapons charges stemming from last winter’s takeover of the federally-owned Malheur National Wildlife Refuge. The occupation that began in January eventually swelled to up to 25 armed occupiers, drawing national attention to and highlighting the decades-long dispute over federal land rights in the West.

One of the jurors told the Oregonian that the government had failed to prove a key part of the conspiracy charge: that the defendants had the “intent” to keep federal employees from doing their jobs. “It should be known that all 12 jurors felt that this verdict was a statement regarding the various failures of the prosecution to prove ‘conspiracy’ in the count itself — and not any form of affirmation of the defense’s various beliefs, actions or aspirations,” juror number 4 wrote in an email to the newspaper.

But this certainly isn’t the only example of an apparent slam-dunk case ending in a surprise jury verdict. Recent history has seen some other notorious examples:

Following the mysterious shooting death of his second wife, Bonnie Lee Bakley, in 2001, tough-guy actor Robert Blake faced murder charges. During the televised trial, two former stuntmen testified that Blake attempted to hire them to “pop” Bakley. Both stated that they turned down the actor, but believed that he had a direct hand in killing his wife on his own.

Blake said in pre-trial interviews that he took his wife out to dinner that evening and then walked her to their car. However, he left his gun in the restaurant and went to retrieve it — a story contradicted by a busboy. During the time he went back into the restaurant, Blake claimed, Bakley was killed by an unknown assailant.

Blake’s defense, noting the stuntmen had admitted to using drugs and having mental health challenges, deftly called their testimony into question, leading to Blake’s acquittal. The jury’s foreman, Thomas Nicholson, called the case “flimsy” and “disjointed.” “You couldn’t put the gun in his hand,” Nicholson said. “There was no (gunshot residue), no blood on the clothing…  there was nothing.”

Anthony was famously arrested in 2008 for the suspected murder of her two-year old daughter, Caylee Marie Anthony. The 22-year-old soon became an internationally reviled figure as the media latched onto the story, covering the search for the toddler and the subsequent discovery of her decomposed remains not far from her home.

Prosecutors mounted a strong case, submitting air test samples that indicated human remains had been in the trunk of Anthony’s car and the testimony of a forensic expert that the only plausible explanation for the odor in Casey’s car trunk was the presence of a decomposing human body.  Anthony’s defense, however, called into question her parents’ motives for not reporting their granddaughter missing sooner and for their own apparent lack of concern for their daughter after she had the baby.

Despite computer searches and other evidence found in the Anthony home corresponding with the manner in which the child died, the jury found Anthony not guilty. Juror number 2 was emotional in relating their reasoning to the St. Petersburg Times: “I just swear to God…,” he said, “I wish we had more evidence to put her away. I truly do… But it wasn’t there.”

Zimmerman and his wife lived in the Retreat at Twin Lakes, an occasional target of home invasions. As a “neighborhood watch coordinator” for the gated community, Zimmerman observed an African-American teenager named Trayvon Martin walking through the area on February 26, 2012 and called for the young man to stop. The pair got into a heated argument about Martin’s reason for walking through the area so late at night. At some point, Zimmerman shot and killed the teenager, claiming he acted in self-defense after Martin attacked him.

During Zimmerman’s trial for second-degree murder, prosecutors, who came under heavy criticism during and after the trial, characterized Zimmerman as a “wanna-be police officer” intent on unlawfully killing a “punk.” The defense, meanwhile, called witnesses who testified that Trayvon had frequently engaged in criminal behavior prior to the evening he was shot. Zimmerman was found not guilty of second-degree murder, as well as the lesser charge of manslaughter. Juror B37 told the press that the actions of Zimmerman and Martin both led to the teenager’s fatal shooting, but that Zimmerman didn’t actually break the law.

“I think both were responsible for the situation they had gotten themselves into,” the juror said. “I think they both could have walked away.”

As an international student in Perugia, Italy, Knox lived with a British roommate, Meredith Kercher, and had an Italian boyfriend, Raffaele Sollecito. After her roommate was discovered raped and murdered in their shared flat, Knox and Sollecito were accused of having a hand in her death, and the international press had a field day with the ensuing trial, dubbing her “Foxy Knoxy” and engaging in endless lurid speculation.

Despite the absence of Knox’s shoe prints, clothing fibers, hair, fingerprints, skin cells, or DNA in or around Kercher’s body, the 20-year-old was found guilty of murdering Kercher and sentenced to 26 years in prison. Sollecito received a 25-year sentence, and Rudy Guede — an Ivory Coast immigrant whose blood, palm prints and DNA were found about the victim’s body and effects — was sentenced to 30 years, later reduced to 16 on appeal.

Knox’s verdict was appealed and overturned in 2013, allowing her to return home to Seattle after spending four years in an Italian jail. However, in her absence, the Italian courts once again tried and convicted Knox.

As a juror on that retrial later told the press, “I certainly had many doubts about the guilt of the two young people. I was not convinced of their innocence but I thought and I said to the others as well: ‘The evidence that we have is not sufficient to inflict all these years in prison.’” She added: “There was not enough, in my opinion, to justify such a heavy sentence: questionable proof, bizarre testimony and flimsy evidence.” A subsequent 2015 appeal resulted in Knox’s complete exoneration.

Simpson’s case is perhaps the most notorious of all shocking jury verdicts. After the violent murders of his ex-wife, Nicole, and her 25-year-old friend, Ronald Goldman, suspicion almost immediately fell on Simpson. After the infamous Bronco chase throughout Los Angeles, Simpson was arrested and put on trial for murder.

The prosecution seemingly had the case sewn up: blood at the crime scene bearing Simpson’s DNA markers, blood in Simpson’s Bronco, bloody shoe prints in Simpson’s size, matching hair and fiber samples, and Simpson’s history of violence toward his ex-wife. Yet the jury went on to find him not guilty of first-degree murder. As juror David Aldana told ABC News earlier this year: “What we were given, do I think he did it?” Aldana said. “Yeah, there’s a shot that he did do it but, then, on the other hand, the evidence didn’t prove it.”

While free of criminal charges, Simpson was later found liable by a civil court jury for the pair’s deaths, and ordered to pay $33.5 million to the families of Nicole Brown Simpson and Ronald Goldman. Only a small fraction of that award has ever been paid, and Simpson is now serving time for an unrelated offense. 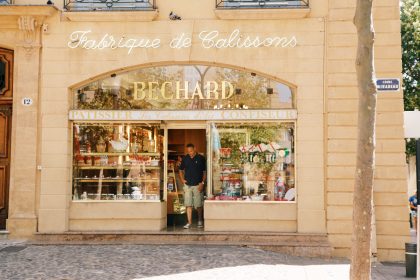 Online Marketing Strategies That Work for Your Brick-and-Mortar 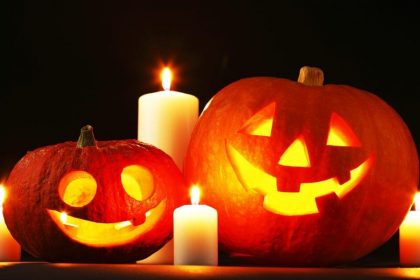 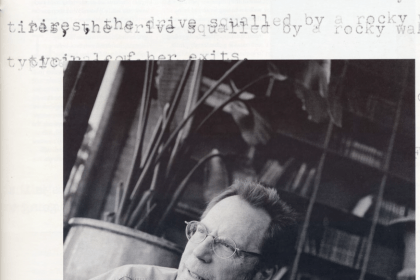